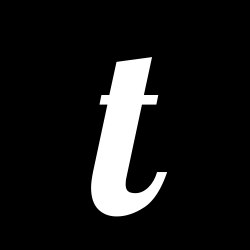 Driverless Cars – the Way Forward? Will We Ever See Them in the Near Future!

From brick like phones to touch screens, from chest sized televisions to paper thin LCDs, the last two decades have been a whirlwind of mega advancements. The latest one, however, trumps everything. Ever felt like the commute back home was too cumbersome, and you’d rather be asleep behind the wheel than drive home? Good news, driverless cars are here, and they are very real. But are they every bit as precise and futuristic?

What Are Driverless Cars?

Before we dive into the specifics, let us take a quick recap of what the underlying technology behind this is. The answer is simple: Artificial Intelligence, but with complex algorithms. Driverless cars use Simultaneous Localization and Mapping (SLAM) algorithms, which takes in data from various sensors and correlates it with the current location and offline maps. The system is not accurate and uses a fair bit of approximation. Yet, Google has succeeded in developing a hybrid system of SLAM. This hybrid system can take into account other dynamic objects. There are several different companies which are developing the technology further like Udacity and Google. Google has even dedicated a separate company, Alphabet, for this project. Tesla has been the leading proponent of driverless cars, and they have been mass, producing them as well.

As with every landmark technology, this one too has faced apprehensions. People are generally cynical about it since there is an issue of safety. A lot of people are reluctant to trust cars that drive themselves. There are also questions about the sensors that might malfunction sometimes. This can be a significant problem on those unmarked or under-construction roads. Also, one of the world’s thriving professions: cab driving, will be at risk in the future since Uber has already begun testing self-driving cabs.

The upsides are plenty, however. A unique aspect of driverless cars would be the reduction in traffic. It is because if the entire world shifts to driverless vehicles. These vehicles will be much more tightly spaced and efficient, so inaccuracies like the fluctuating distance between cars and delayed reaction time of the human brain will not be a problem. Also, since the cars will go at a nearly constant speed without much braking, this will save fuel and contribute to a greener environment. And then there is the most crucial advantage, which is the reduction in accidents. It has been reported that nearly 80 percent of all road accidents are because of human error, and driverless cars will eliminate that percentage.

Like said earlier, there are still many debatable aspects of driverless cars, the number one concern is the legality of it. There are very few laws building around this technology, and those which exist are a blatant contradiction of one another. There is a need to set up firm laws relating to driverless cars. Another concern is the price, which currently is a lot for the average customer. For instance, Tesla’s most basic model having autonomous capabilities can set you back at $35,000, which is not affordable by everyone. It is a multibillion-dollar market that needs more research to bring it down to the common man’s level. And then there is the debate of safety versus convenience. It always boils down to safety first, and as stated before, this is one of the main reasons people are reticent towards this technology. People are not comfortable in a driverless taxi. It may take the general public some years before accepting this in their ranks. In other words, autonomous cars are the way forward, but not just right now.

Techkzar Staff
Previous articleDon’t Repeat These Mistakes When You Buy a Hoverboard for Your Kids
Next articleWhat Is Thermal Cameras & How Does It Works?

Podcasts and Marketing both remain in trend and have helped each other thrive by one another help. Techkzar presents the Top-5 and the best marketing podcast for keen fans of podcasting and marketing. do check it out!

Electric Vehicles, as they're paving their way towards success are one of the trending topics across the globe. New innovations in the field are making the future of electric vehicles bright. Let's see what effect it'll have on us, how, and other things related to the topic. 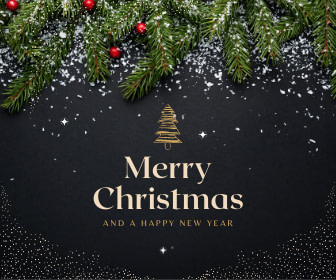